Can crowdfunding move from rewards to equity?

David B Hoppe considers the future 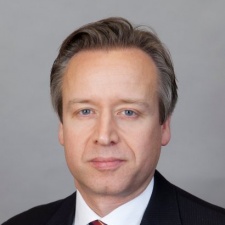 At Pocket Gamer Connects Helsinki 2014, David B. Hoppe from Gamma Law spoke about crowdfunding as an investment opportunity for games.

The sector has been an exciting way for game developers to try and raise money. For example, on Kickstarter, there have been more 10,000 campaigns of which around 36 percent have successfully raised their goal within the set time limit.

Yet the very high profile successful games have been very successful, with half of all the Kickstarter campaigns in any sector that raised over $1 million being games.

From t-shirts to shares

These campaigns are all described as 'reward crowdfunding'. More speculative at present are 'equity crowdfunding' schemes in which backers own shares in the companies they back

There is some uncertainly about whether equity crowdfunding will ever take off, particularly in the US, given its legal issues.

Equally, it could be a case of "Unsophisticated companies and unsophisticated investors. What could go wrong?" as one commentator puts it.

To-date, Pocket Gamer Connects has been held in London and Helsinki, and the show will be heading back to the UK from 13-14 January 2015.

Video: David Hoppe on the future of law for F2P games

Rockfish's Michael Schade on how to run a Kickstarter campaign

Reply
jon jordan
Thanks - will be interesting to see if/how that changes the scene
Posted 7 years, 8 months ago