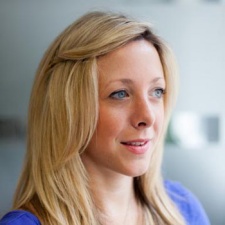 Jude has been in the games industry for 12 years, creating at PlayMob the world’s first platform profitably connecting games to social good. She’s been voted Top 100 women in Tech in Europe, Growing Business ‘Young Gun’ 2012, and Young Entrepreneur of the Year 2012 runner-up.

Jude Ower, the founder and CEO of Playmob, has won the The One to Watch award as part of the Talent Unleashed Awards UK 2014.

Playmob is a UK-based company that provides a platform for game developers to engage their audience in giving to specific charities.

It's recently worked with charities such as the Cybersmile Foundation, Room to Read and WWF and developers like Pixelberry Studio and PerBlue.

Ower was one of 15 names of the shortlist, which was judged by high profile individuals such as Virgin boss Sir Richard Branson and representatives of Telefonica, Balderton Capital and Wired.

As part of her win, Ower will now travel to Richard Branson's Centre for Entrepreneurship in South Africa this November.

"I've been bowled-over by the quality of the UK finalists. In this digital age it's sometimes easy to lose sight of the personal journey that sits behind every great innovation but it's your ideas that really shine through the award entries," commented Branson.

"It's rewarding to see that Playmob has been recognised by technology leaders and I hope this provides us with fresh opportunities to reach new audiences and help raise money for charities through play."

Playmob: Saving the world one IAP at a time

Charitable hook up between Rovio and Playmob raises $28,000 from Angry Birds Epic IAPs