Two new wearables for developers to get their hands on 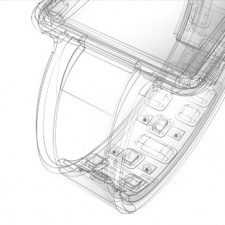 Samsung unveiled not one but two new wearables at the Samsung Developer Conference 2014 in San Francisco.

The Samsung Gear S and Simband will offer users the choice between a general smartwatch experience and a health-focused device, creating greater diversity in smartwatch range.

The Gear S is an evolution from the original Galaxy Gear with one crucial difference; it is a standalone product that does not require tethering to a phone.

It also includes a basic predictive text input mechanism to allow users to respond directly to messages that come from their device without resorting to their phone alone.

In comparison, the Simband has a clearer focus towards health alone.

Featuring a wealth of sensors capable of monitoring blood pressure and carbon dioxide levels and powered by the company’s SAMI health SDK, the device is aimed at healthcare providers looking to piggyback the wearable revolution.

If you want to get your hands on either of them, the Gear S is available now in the US only priced around $380, or through mobile operators on a monthly contract, while developers can apply to get their hands on the SAMI SDK and a Simband via Samsung’s innovation site.

Samsung's Project Beyond camera to teleport VR users around the world