GameGenetics to massively enlarge R&D base thanks to major investment 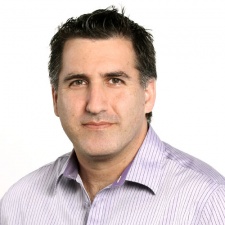 Following on from the appointment of new CEO Jeffry van Ede, German UA outfit GameGenetics is continuing to shake up its executive ranks.

Previously CTO, Moti Tal has now been promoted to MD.

The company says the move is part of a longterm plan to "to make in-house technology development a top priority".

Indeed, it's raised a seven-figure investment from Target Partners, High-Tech Gründerfonds and a private investor to massively enlarge its R&D department.

"We noticed that as a result of the digitalization of the advertising space, the advertisers themselves have lost a considerable amount of insight in connecting to their target audience," Tal explained.

"With our proprietary technology we are able to put them in control again.

"Our solution will provide advertisers with a transparent and in-depth view into the customer acquisition funnel. This enables them not only to acquire new customers with programmatic tools, but also to keep and grow their existing customer base - hence optimizing the life time value."