What's the future of mobile gaming? Find out at PGC San Francisco 2015 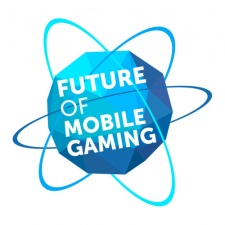 And it's an exciting new addition.

Our Future of Mobile Gaming track is designed specifically to give you a head start on key industry issues.

The pace of change of the mobile gaming industry is so fast that it can often be a struggle to keep up.

So in the first half of this track, we’ll look at what lies ahead for the mobile gaming business. We’ll discuss what the future holds for legal issues in the sector, how games are becoming educational tools, and how to get your game covered by the press in the age of the YouTuber.

And in the second half, we’ll turn our attention to the future of mobile gaming technology. Looking at the opportunities in the AR, VR and wearable space, as well as taking a general look at technology trends, we’ll help you to decide what areas to exploit.

William Volk from Playscreen will discuss Apple Watch development from both the perspective of what can be achieved now and how the format is expected to evolve.

Tim Merel of Digi-Capital will be presenting a report about the state of play in the AR and VR space, with the latest information about the size of market and potential for growth.

Guy Bendov from Sidekick Games will be talking about the development of Mobile VR games and how developers will be able to overcome them in order to succeed.

Shayna Moon from Troy Public Schools will focus on how apps are increasingly used in education in US schools and what this means for mobile games.

David Hoppe of Gamma Law, a specialist in games-related legal wranglings, will cover how the law will affect the future of mobile gaming.

Philiip Hickey from Seriously will give an insightful overview of the future of promotion and the true power of YouTubers.

That's just a selection. We've also got experts from Playmob, PlayFab, PresentCreative, FabZat and more contributing to this forward-looking track.

There's more, more, more but only a few days left for tickets at Mid Term rates.