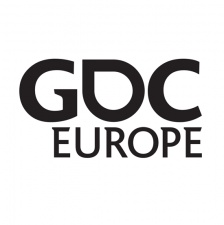 Half of European developers are working on bringing their game to mobile, but PC is still the favoured platform.

That’s according to the annual State of the Industry survey from GDC Europe, which polled 250 European game professionals on their development targets.

It found that 62 percent of the developers surveyed are bringing their game out on PC, 50 percent to mobile, and 43 percent on PS4 and Xbox One.

PC’s rise in favour as the platform of preference likely has something to do with the fact that PC games are not yet as tangled in the free-to-play business model, and bring concrete returns at a higher initial price point.

The PC market is also relatively spacious in comparison to mobile, free from the chart monopoly operated by companies like Supercell and King.

Interestingly, for the first time in the survey’s history, developers reported that they are targeting Android over iOS. 63 percent favour Google’s operating system, 57 percent iOS, while 32 percent said they weren’t working on any mobile games at all.

In comparison, 2014’s survey saw 67 percent of developers actively making a game for iOS, 62 percent for Android, and 24 percent not working on any mobile title.

Clearly then it’s not so much that Android has gained favour, since developer interest has only grown by 1 percent.

Instead it would seem that discouraged developers on iOS have changed tracks away from mobile altogether, causing the scales to tip in Android’s favour.

This year around 29 percent of the survey’s respondents were from Germany, 16 percent hailed from the UK, 12 percent from the Netherlands, 10 percent from Sweden, 6 percent from Finland and 5 percent from Spain. Russia, Norway and Poland also contributed some small percentages.