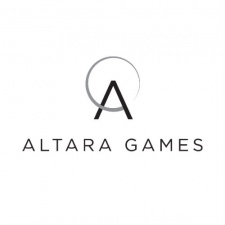 New company on the block Altara Games has raised its head above the parapet to provide loans for UK studios in the face of Games Tax Relief.

Currently the UK government allows developers to apply for a games tax relief “interim certificate” before they start developing their game.

If granted, this certificate agrees that their soon-to-be-created game meets the criteria to receive monetary help from the government for its development.

The only hitch in that cunning plan is that developers can’t claim that money until much later, often until they’re nearing the end of the development process – which of course is not much help to small indie studios who need funds to begin development in the first place.

Altara Games will aim to smooth out the kinks by providing loans for companies who have earned the interim certificate, to tide them over until their tax relief money has been received from the government and they can repay the debt.

The company will be run by games industry developer and consultant Ella Romanos, with Harbottle & Lewis acting as legal advisors.

“I am very pleased to announce Altara Games, which I believe will provide crucial support for studios in the development of their own titles,” said Romanos in a statement.

“Many developers are now taking advantage of the games tax relief, and I want to encourage more to do so. By providing these loans, we can help studios to cashflow their business and develop their own IP, both of which are crucial for growth.”

Elsewhere, film companies have been able to access similar loan schemes to support them for their own form of Film Tax Relief.

Hot Five: Clash of Clans has its best month ever, Bernard Kim becomes a Mobile Legend, and what we learned at PGC London 2020