Vince Farquharson speaks out at Develop:Brighton 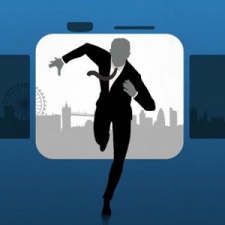 Its game ideas, most notably the slapstick YouTube favourites Surgeon Simulator and I Am Bread, are generated through studio-wide game jams.

This is the point on which Bossa COO Vince Farquharson begins his talk at Develop:Brighton 2015, in an effort to contextualise the studio's openness to new ideas, methods, and even hardware.

“We cherry-pick the best of the game jams, and those are the ones that make it into prototypes,” he says.

“It doesn't matter if you're in QA, and you only arrived at the company 3 days previously - if your idea is the best, it's what we'll work on.”

Of course, the system isn't perfect: “Almost all of the prototypes go nowhere, and we've got hundreds of them now; 30 a year... only a tiny portion of them goes anywhere,” he admits.

However, Farquharson says that to view it in these terms would be to miss the bigger picture.

“You can't justify it on an individual case basis,” he says. “It's a long-term investment.”

“[And] it's absolutely worth it... It's the heart and soul of the company, and we'd be nothing without it.”

It's made for a studio that's ready to handle anything that the rapidly changing landscape can throw at it, Farquharson goes on, and one “so used to the creative model that the traditional development model doesn't appeal to [it] anymore.”

“Whether it's VR, or it's handheld, these guys adapt and it's fine.”

Too much, too fast

But is there a risk of hopping aboard new technologies a little too readily, and are the pitfalls of an untested territory greater than the potential reward?

“Our approach is to not moan about what it can't do, but work out what it does better than anything else,” he says of the hardware.

In the case of the Apple Watch, its primary strength and weakness as a gaming platform are one and the same: it being on the player's wrist at all times.

“That's a definite strength, you've always got the player's attention because it's always there with them,” says Farquharson.

“[But] almost always you'd realise that the fun game on your wrist would be better on your phone.”

Indeed, it's certainly not a device that lends itself well to long gameplay sessions. So how would Spy_Watch, a launch game developed with no forebears to learn from, deal with this?

“We ended up addressing the problem of players only looking at the watch for 3 or 4 seconds, rather than 20 minute sessions, with something we called passive gaming,” he says.

This is a philosophy which culminated in the whole game being playable via notifications.

However, this wasn't the most fundamental area in which Bossa found itself in the dark during Apple Watch development.

Not knowing how players would interact with smartwatch games was a significant blind spot, but even more surprising is how little access Bossa had to the device itself.

“We didn't actually get the hardware until it was in stores,” Farquharson reveals. “Let that sink in for a second, it's insane.”

Developed with access only to emulators rather than the hardware itself, Bossa found itself having to deal with unforeseen issues post-launch.

And, perhaps most unbelievably, the team wasn't even aware of the device's input options - specifically the scroll wheel - which led to a self-enforced necessity to fit all text on a single screen, thus limiting the narrative.

This didn't go unnoticed, either: “you rarely have enough information to make an informed decision,” wrote Mark Brown in the Pocket Gamer review.

All in all, then, Spy_Watch didn't take long to develop - only about 2 months, according to Farquharson - but it was by no means a smooth process.

"We doubled the original planned budget, and it's probably not going to make its money back,” he says.

However, he remains positive about the experience: “First-parties really love it when you build specifically for their devices,” he says.

And a strong relationship with Apple is by no means a bad thing.

Spy_Watch is available on the App Store.