Rovio, Wooga, Next Games and PikPok on trends in video advertising monetisation 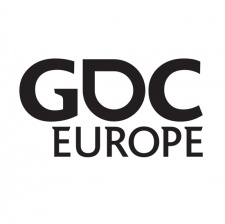 Kicking off the session, Warin asked for some hard numbers in terms of how much revenue companies were seeing from advertising at the moment.

Immonen said that Rovio’s Angry Birds Go! and Transformers are generating 40% of revenue from ads: a number he expected to rise to 50% as Rovio adds more brand advertising in future.

Joakim Achrén said Next Games’ Compass Point: West does a third of its revenue from advertising.

“We’re super data-driven,” he added, revealing that in a recent A/B test, it found that having ads in the game increased IAPs on an average user basis by 50 percent.

Jan Miczaika didn’t give any figures, but said that he thought that because ad revenue isn’t publicly available through services such as App Annie, developers aren’t taking full advantage of it.

Angry Birds Go! and Transformers are generating 40% of revenue from ads.

“That’s the weakness. There’s not a lot of hard data,” he said.

Wynands said that at the moment, PikPok is more focused on raising its revenues from IAP, although ads account for around 20 percent of revenues.

Indeed, for one of its American Football game, advertising generated $45,000 over one Super Bowl weekend.

Panellist said that one of the hardest issues was dealing with internal resistance to advertising in games, especially with development teams from a console background.

Consumers love video ads. Jan Miczaika said that when Wooga had an issue with its video ads, it had a spike of customer support with players complaining that they couldn’t get the rewards.

Joakim Achrén said that for this reason, Next Games limits ads to 3 per session to drive retention.

As for future trends, Next Games is now building its own system to improve its data from video ads, hopefully to get more per user data, so it can add this revenue into its LTV model.

Interestingly, Achrén said that Next Games had been decreasing the value of its rewards, without any apparently impact.

More generally, however, developers are very vulnerable to the top advertisers - often other UA-hungry game developers such as Machine Zone - stopping campaigns in specific games.

Another area which needs improvement are Asia markets like China, where Mario Wynands said revenues were around 10 percent of the US rates because the advertising market is weak.

Deconstructing the $120,000 IAP economy of Game of War