How to find inspiration for your next game 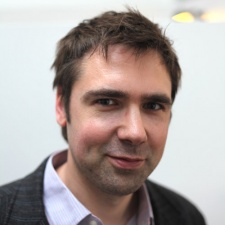 With over 200 studio visits, 600 interviews and 10,000 articles to his name, it’s fair to say that Keith Stuart has been a very busy man over the last 20 years of his career.

Now the Games Editor for the Guardian, he took to the stage at Pocket Gamer Connects Helsinki to tell the crowd how to get inspiration from outside of the games industry.

“Lots of games developers have really warm memories of the games that they grew up with, of beautiful experiences of games like Sonic,” he says.

”So we sometimes tend to be inward looking. I’m often introduced to developers’ games as a genre of game rather than the experience that I’m going to get.”

Incest is not best

It leads to openers like “my game is a Metroidvania,” or “my game is a Roguelike” – a path that leads to a process of incestuous cultural reproduction where we have the same characters appearing again and again.

However, Stuart has visited some of the most successful studios in the world and each of them had lifted their heads from the game’s industry’s navel.

“Art comes up as a major inspiration in the top games development studios that I really admire,” Stuart explains, “and really whacky offbeat games studios create environments that allow you to create.

“You shouldn’t think of your office as an office, even if it’s your mum’s kitchen. It should be an artists’ studio.”

He points to the walls of Media Molecule in Guildford, England, which are pasted with fan and concept art on every square inch.

“They saturate their environment with art they produce, and it’s beautiful,” Stuart remembers.

Elsewhere Mind Candy has a wall of characters that can be coloured in by employees. Indeed, “successful games studio treat their spaces as playrooms. Allowing yourself to be playful helps you solve both creative and work problems - so if you’re setting up a studio, however small, create an area you can mess around,” Stuart advises.

It’s the same ethos that Google’s office in San Francisco embraces with its giant lego room, and that Zynga supports with its in-house arcade decorated with vibrant neon art.

But how does this directly influence the games being produced? Stuart unveils a long list of games affected by the art, books, and films that its developers have imbibed.

Todd Howard from Bethesda studied the paintings of Norman Rockwell before creating Fallout 3, while Giorgio De Chirico’s work is seen in every open landscape of Journey. MC Escher’s impossible environments are found in Monument Valley, while Bauhaus’s simple squares fed into Thomas Was Alone.

“Creating diversity of thought and representation is vital to the games industry,” finishes Stuart. “Socially diverse groups are more innovative then homogenous groups.”

In other words if we want to experience characters that break the “serious spaceman / soldier / fantasy dude” mould, we need to stop drawing our inspiration from them.

AppsFlyer on how to maintain transparency whilst optimising user acquisition