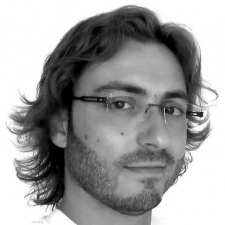 When Nélio Codiceswas a Computer Science student and aspiring game developer, he quickly realised he had a problem.

"I searched on what would have been AltaVista at the time, and realised there was nobody working on games in Portugal," he says, in his talk at Lisbon's Microsoft Game Dev Camp.

This shows how far the Portuguese scene has come in just a few years, while also highlighting the value of events like this one.

"I realised you have to educate yourself if you want to make games," he reflects.

However, Codices was wrong; some people were developing games in Portugal.

Spurred on, he set out to develop a game as his final project at university. For this, he had to gather a team of like-minded individuals.

"There were some cases where they said 'my mum doesn't let me work on video games'," he says, to laughter. "I didn't understand that, but eventually I found the people I needed."

After being rejected on the grounds of their proposed project (an RTS game for PC) being too complex, the team of 5 students sought the advice of a more sympathetic university lecturer.

In a remarkable twist of fate, this lecturer happened to have a friend working at YDreams, and put them in touch with the ambitious game-minded students.

Codices and his ragtag bunch of fellow wannabe-devs hoped to get YDreams to back their project, and thus ensure that the university didn't restrict them to non-games projects as they had originally planned.

However, YDreams was hardly more enthusiastic than the university. "They weren't interested in PC games, they were more into mobile phones," says Codices.

They instead asked if the team would be interested in working on a 3D game engine for mobile as their project, to which the quintet agreed.

Primitive mobile phone games were far from what Codices had envisioned when he dreamt of becoming a game developer.

" I didn't like mobile phones at the time - hated them, in fact. You have to be ready to compromise," he advises.

YDreams' innovation turned a few heads, and despite Undercover 2 being a flop the BBC approached the studio with a view to licensing a mobile spin-off of the Spooks TV series, made in the same vein.

However, YDreams was struggling and began to cut its staff, at which point Codices decided to jump ship. First he joined Gameinvest as a lead programmer, a studio with a focus on web-based casual games.

However, the boom in popularity for these kinds of games put GameInvest on the back foot against developers who were able to produce similar experiences more cheaply.

"It was really difficult for us, with our wages here in Portugal, and with the competition [in Asia and Eastern Europe]," he says.

GameInvest was being inundated with companies wanting to commission small, often branded games for a small amout of money, which it couldn't afford to accept.

Seeing potential, Codices and his business partner began working on a side project.

"We thought maybe this is a business opportunity... We get so many responses for low-budget games, 5,000 euros sometimes more, so we thought why not try to make a company [built around this]."

The pair remained at Gameinvest, with a plan for these Battlesheep projects to be small and low-maintenance.

However, the first commission Battlesheep landed required significantly more time and effort than they had planned.

Ice cream brand Olá, known as Wall's in the UK, commissioned a children's social game for its web portal called Planeta Olá, which Battlesheep worked on through 2009.

With ongoing updates greenlit for 2010 and sustainability in sight, Codices and his colleague finally took the plunge and left GameInvest.

Here, Codices warns that "starting a company is easy, but starting a business isn't."

After landing a few more projects from a single client - "really small, quick" - things were looking good for Battlesheep. However, this purple patch didn't last forever.

"Things were catastrophic in 2012," Codices recalls. "Olá cancelled all future updates for Planeta Olá, and our other client cancelled all the projects we'd been discussing with them."

Presented with a scarily barren schedule, Battlesheep decided to embrace it by creating its own games on Android and iOS. Its first was Bounty Monkey.

"We had to learn about new technology and concepts relaed to mobile games, but commercially it wasn't a success."

Zombie Apocalift and Retroball came next, each with the same result. "But we were learning: Retroball took just four months, two people, so at least the costs were dropping," he says.

It all had a good outcome, too. "Self-publishing put the spotlight back on Battlesheep," says Codices. "We have four clients simultaneously nowadays."

What does Codices want us to learn from the ups and downs of his personal experience, then? First, he reflects upon his time at YDreams.

"Innovation isn't necessarily good," he says. "YDreams kept working on location-based games, but it really wasn't good. Today it makes sense because everyone has GPS, but back then it wasn't so simple."

As a more general reflection on game development, he reflects that "even when you think you're doing well, anything can happen. You could lose all your clients overnight."

But his final remark is one of positivity: "It's really possible to live off game development here in Portugal - just remember that it takes a lot of hard work and perseverance."

The keys to surviving as a mobile indie game developer