Unity is churning out the updates at Unite Boston 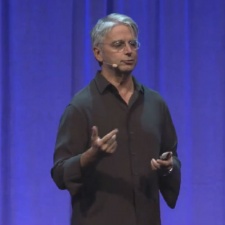 It's only been 180 days since Unity 5 was launched at a packed GDC in San Francisco, but version 5.3 is already in the horizon.

Unity CEO John Riccitiello confirmed during his keynote at the company's flagship Unite Boston conference that another update is on the cards - and with it a raft of new features.

The specifics are still being finalized, but so far version 5.3 should boast 20 new features including animation improvements, editor multi-scene support, OpenGL 4.x, MonoDevelop 5.9, and JSON Serializer.

IIt's the third update in a short space of time. In June Unity 5.1 was unveiled, which included multiplayer and Oculus VR support, as well as an integrated analytics SDK.

Earlier this month Unity whipped the cloak off version 2, which brought improvements to 2D, lighting, and performance as well as Sony's Morpheus support.

"The key idea we want to see is more people creating content than ever before" Riccitiello told the crowd.

With over 1 million users a month, Unity-made games are racking up 20 million installs a day