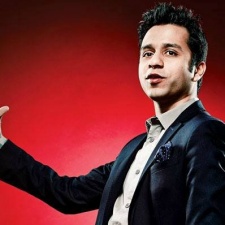 Sam Chandola: V2 Games is a mobile games developer that works with publishers. We develop both original as well as licensed mobile games, so you can say we're the first layer of the mobile games industry.

Studios like ours produce content that millions of mobile gamers around the world enjoy through partnerships with other players in the industry such as publishers and UA specialists.

2015 was another hectic year for the industry, what were the highlights?

I think something that's getting everyone excited is average revenue per non-paying user.

There are now so many ways to monetize without making the user pay that it's opening a plethora of options which will ideally make for better game and user experiences.

PG Connects kicks off 2016, so give us a prediction or two of what we can expect to see in the new year.

I'm pretty sure I'm not the only one tooting this horn, but virtual reality. I'm looking forward to 2016 being the year where VR games start becoming commercially profitable.