You can't please everyone, especially not in video games 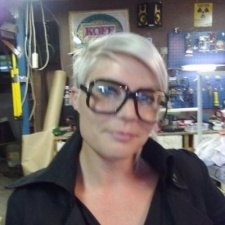 Julia joined Nevosoft as a public relations manager in 2009 and took a fresh look on interacting with the casual games audience. She has a master’s degree in linguistics and more than three years of experience in the entertainment industry, working as a morning show hostess and as the program director at a radio station. Her current role at Nevosoft sees her responsible for the company’s B2B connections and for searching out new ways of growing the business.

"If we don’t have players, we don’t have a game" said Appel, who is one of just two community managers who work on Clash of Clans.

"YouTube is our most important, most active channel" said Appel, stating that there are 27,000 channels creating Clash of Clans videos, which have a collective number of approximately 5.7 billion views.

But Supercell’s own YouTube presence isn’t particularly prominent, so Appel works with the larger YouTubers to see how Supercell can support them and help promote Clash of Clans.

You can't please everyone

Responding to a question on how to respond to negative feedback, Appel said that the first thing to do is "listen".

"If you can provide a solution, or good news or bad news, do that immediately", she said, though if players are upset about something being changed that you think was a good decision, you just need to be honest and ride it out.

There is also a very vocal minority who make complaints against the game when these updates happen, so it's important to remember that the majority of players don't mind.

People who take the time to write long complaints are the best guys.

But it can be hard to read negative comments, and Appel says "community managers can't take this personally."

She also said that the people who take the time to write long complaints "are the best guys", as they are the ones who truly love the game and want to see it be perfect.

In terms of looking after the game as a global community, Appel handles the majority of communication in English, because the game mostly uses its own specific jargon.

There are other community managers who look after the Japanese, Chinese, and Korean communities, purely because the majority of players there don't speak English.