There's a lot of people out there who like cats 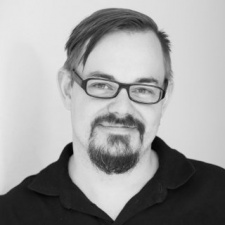 At Casual Connects Europe 2016, Bjoern Bergstein, Head of Games at Tivola, gave a talk on how to change your target group without leaving your niche.

He started by saying that "you can't target everyone", and instead need to "sniper" a specific group with your game.

Though Bergstein warned that you shouldn't be "excluding people" when targeting a specific market, especially when making games for a younger audience.

Back in my day

This used to be fairly straightforward in the days when retail dominated, and box art made it obvious who the target audience was, even going so far as having age ratings on clear display.

But now, when looking at just icons on an app store, the audience is more ambiguous as the information is lacking unless you choose to click through.

Bergstein suggested using this ambiguity to your advantage, and creating icons that, while still accurately advertising your game, aren't so obviously niche that only a tiny audience will play it.

At the end of the day, he said that your target audience is always the "paying user", and it is most important for you to find out what kind of person that paying user will be.

He recommended optimising your tracking within your app to find out who is playing and paying, as well as reading the press and other reports and seeing what they say is the audience most likely to pay in your type of game.

When you have identified who your paying audience is, he says to then ask that audience what exactly they want from the game, and build the game and future updates around their suggestions.

But it's important to keep your niche, and stay within your areas of expertise, in order to strengthen your brand and create the best game that you possibly can.