Your game gets older, but your players stay the same age 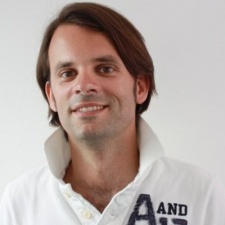 At Casual Connect Europe 2016, Henning Kosmack, CEO of MegaZebra, gave a talk on how to "put the life-time" back into LTV.

He pointed out that while you can't impact too much on your eCPI, or the actual value of your game, you can influence exactly how long the life-time of a game is.

You can extend the life of a game by picking a genre that never falls out of fashion, such as the match-3, and Kosmack recommends creating "endless loops" in your game so players can never finish it.

He also said that you should "avoid audiences that change rapidly", for example kids and teenagers, who will age and change their tastes, and you'll have to spend money acquiring users to replace them.

The same can be said for which platforms and technology you use, with Kosmack recommending avoiding the Apple Watch and VR because they lack mass market appeal and could change rapidly.

You also need to build your own tools that allow you to update the game rapidly, as if you're running the game for several years, you'll need to constantly change and update the game to keep it interesting for players.

The main take away was to try and invent a "modern classic", or in Kosmack's own words, "try to create a Land Rover Defender."