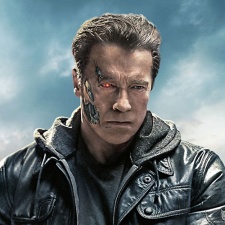 With two future films planned, Israeli web and mobile developer Plarium has picked up the rights from Skydance Productions to make a game based on the Terminator Genisysfilm.

Although it wasn't a hit with critics, Terminator Genisys generated $440 million, making it the second highest grossing film in the series.

Well known for the success of Game of War-type strategy games like Stormfall and Vikings, Plarium says the game - a clan-based MMOG due in early 2017 - will be inspired by the themes, experiences and character likenesses for the 2015 film.

This means the game will include the face of Arnold Schwarzenegger, who currently fronts the adverts for Mobile Strike from rival developer MZ.

"We all grew up on the Terminator franchise as kids, and bringing the essence of Terminator Genisys to a game together with the innovative team at Skydance is a great aspiration we took on", said Leonard Frankel, Head of Business Development for Plarium.

"Mobile games have incredible potential to expand the universe of characters and experiences we have created for a movie and provide audiences and fans with a brand new perspective on our content," said Jesse Sisgold, Chief Operating Officer at Skydance Media.