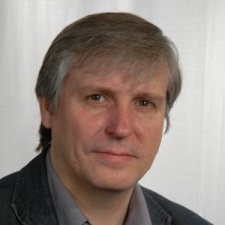 MMO players can be split into four distinct types, according to University of Essex Professor Richard Bartle.

While people can change over time across multiple games, players tend to lean toward one of these categories in a specific game.

Achievers like rewards, said Bartle. If your game gives out lots of different rewards, achievers are the ones who will go looking for them.

Bartle warned however that these players are opposed to pay-to-win models, noting that he believes “pretty much anything not cosmetic” counts as pay-to-win.

This kind of model could take away some of the achievement value for these players if another user could just buy it, as they want something others don’t have.

Explorers meanwhile are those looking for more depth to a game, and explore the world to find out new and interesting things and see areas others may not have discovered.

Bartle said these players are turned off if the game tells them everything they need to do. If you’re told everything, he said, there’s nothing to find out.

Socialisers typically play to interact with other people and may not care as much as achievers about being the best at the game.

Killers meanwhile like to annoy other players and make sure others aren’t having fun – as this is where their own enjoyment lies.

Bartle said multiplayer games need a healthy mix of these four different types of players. If you don’t have a mix, then people will leave, he said.

He also suggested that even having a small amount of killers is good, as it can add a bit of spice to the game.

Comparing it to pepper on food, he said a small dose of can be good for your game, but if you drop all the pepper on it, it’s not going to be worth eating, so balance is important.

Knowing the different types of players, and how your game might fit with the particular groups, can potentially help with a user acquisition campaign.