Barry Meade takes to Twitter to explain the infographic 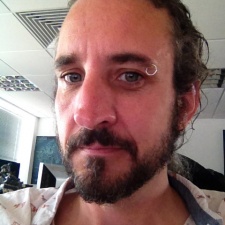 Each game in Fireproof's The Room series earned roughly $3.3 million during their first 12 months after release, studio co-founder Barry Meade has revealed.

The statistic comes as part of a string of tweets from the developer, commenting on the infographic recently released on the series' sales statistics.

The Room Three cost over £1 million to develop, generating 1.38 million downloads. However, the original game in the series has generated 6.94 million downloads on a budget of just £160,000.

"The cost vs. ROI on Room Three was not a mistake, the expense was anticipated & accepted as we set out to make it," he wrote.

Meade said one reason for the high number of downloads on the original game was the heavy discounts it received during its first year. Something that hasn't yet been repeated for The Room Three.

"The Room was 1/2 price by month two & .99c by year's end," wrote Meade in explanation of this disparity.

"Also, it wasn't universal, so owners of phone & pad needed two copies. In contrast Room Three was universal & made $3.3m while holding price all year. When we do discount its sales & ROI will go way up."

He went on to argue the case for paid mobile games, writing that "paid & F2P are not two sides of the same coin. Differences between them are myriad & fundamental. All they share is hardware platform.

"Our 11m selling game has more paying customers than an average F2P with 200m players."