King is also getting into social casino now, apparently 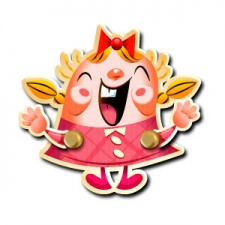 Activision Blizzard has released its financials for its Q1 FY17 for the three months ending March 31st 2017.

Breaking out its mobile revenues specifically, the company generated $475 million for the quarter, up 95% year-on-year and representing 28% of Activision Blizzard's revenues.

The huge increase is likely due to the acquisition of King not closing until the tail end of Q1 FY16.

Looking closer at King, the company stated that its MAUs had fallen to 342 million, but that it was seeing better engagement from remaining players. Its gross bookings per paying user grew for the seventh consecutive quarter and reached a new record for the studio.

Activision Blizzard also quietly announced that King was entering into a partnership with social casino developer PlayStudios to start entering into the genre. No further information was provided on this partnership.

King is diversifying its business in a number of ways at the moment. As well as a Candy Crush TV show and fashion line, the developer is exploring midcore with a new Call of Duty game.