The requirements for making a free-to-play game in 2017 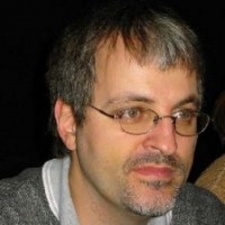 These "requirements" are common principles that successful F2P games use, across PC and mobile. The most successful games, he says, are the ones that follow all of them.

"Players who get engaged with a game want to be someone in the game," he started, noting that a high level of immersion is required to keep players coming back.

Immersion also includes offering short, medium, and long-term goals, with Weidemann saying that "at no point should your player be in the game and not know what to do."

He also blasted energy gates, saying that they are no longer a modern game design and that players should be allowed to play for as long as they like.

Weidemann then turned to the "game world", stating that it needs to be communicated to the player that their game is persistent, and that players need to be given months of content and various progression systems for levelling up and customisation.

He then touched on game economies, noting that developers need to make sure an economy in the game doesn't suffer from inflation, and they need to allow players to sell items that they earn in-game.

Next on the list was socialisation – "the most important retention mechanic," according to Weidemann. The easiest way to add social mechanics is to add chat, though he warned not to code this yourself and just use open-source tools to add it into your game.

But as much as adding social elements is important, a lot of players still want to play a game alone, so they should be able to choose whether they are playing on their own or with at least one other person.

Weidemann then turned to monetisation itself, noting that players need to be able to spend as much as they like in a game, but also that their investment is worthwhile.

"Across all my clients, less than 6% of paying players like vanity items," he stated, suggesting instead that developers offer "power" in exchange for money.

Power can come in the form of speeding up progress, which Weidemann claimed was the number one monetisation item. This can also be spurred on if the game has a strong social mechanic, as players will want to spend money to get ahead of their friends.

But premium currency should also be offered through time or skill – not just through IAP. "That sets the paying users and non-paying users at the same level," noted Weidemann.

He also talked about offering "conflict" in a game, but this doesn't just mean player-versus-player modes. "In the US and Europe, 70% of the gamer userbase don't like PvP," said Weidemann.

Instead players should be offered the opportunity to compete indirectly and peacefully, which means offering charts and rankings for people to compete on.