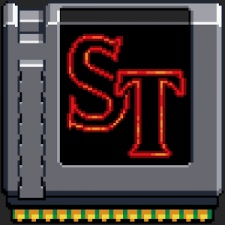 The show focuses on the strange goings on in the fictional town of Hawkins, where secret government experiments have seemingly opened a doorway to the upside down, a place home to monsters.

The mobile game features six playable characters which users can play as to explore dungeons and complete quests in the retro-styled world.

The game has been launched on the App Store and Google Play completely free with no in-app purchases.

Its release comes a month before the Stranger Things season two release date on October 27th.

US developer BonusXP has previously worked on a number of titles, including Cavemania and The Incorruptibles.