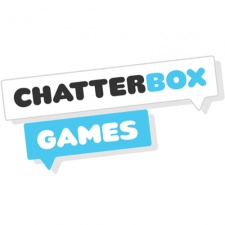 The round was led by Huuuge Games CEO Anton Gauffin and Reaktor Ventures. Further funding was provided by angel investors such as Harri Manninen, Alex Arias and Gordon Thompson.

Chatterbox will use the money to push further into Facebook Instant Games development. It has already launched experimental games on both iMessage and Instant Games, and plans to launch two more in Q1 2018.

"We are at the sweet spot of casual gaming and messaging - both mega trends of this decade," said Chatterbox CEO Antti Hattara.

Chatterbox emerged in August 2017 with Hattara at the helm and mobile free-to-play consultant Adam Telfer as its chief product director. Its first game, Mini Golf Battle on iMessage, was launched that same month.

"Introducing social as a centre part of gameplay into casual games and to mass market mobile gaming audience has been a vision for us for a long time and now as messenger platforms are opening for games the opportunity is right now at hand," said Hattara at the time.

How to approach game design for Facebook Instant Games