Will be replaced by chat platforms 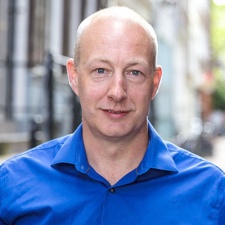 There will be no app stores in 2050 as mobile users move across to new platforms like chat apps, says Newzoo CEO Peter Warman.

Speaking at the Facebook Gaming Marketing Summit in London, Warman said “we know for sure” that app stores will eventually disappear.

He added that while app stores as we know them today may or may not still be around come 2030, what is certain is people will still be communicating through their devices.

Therefore he said the most future-proof place to put your game right now is in within those communication platforms - chat apps like Messenger, WeChat (Weixin), Snapchat etcetera.

A number of big developers and publishers are already moving in on the chat app gaming space, as Warman noted.

Rovio recently worked with CoolGames to release Angry Birds on Facebook Instant Games, while other companies early to get on board with the platform include Zynga, King, Spil Games and Line.

Chat apps have significant user bases. Facebook Messenger has 1.3 billion monthly active users, WeChat and Weixin have combined MAUs of over one billion, and Snapchat, which recently introduced a new lineup of games, has 191 million daily active users.

While these large audiences are an obvious pull, Warman said chat app gaming is not just about those large userbases, but what you can do with games in the messenger. Examples include shared rewards amongst players and friends, as well as gifting.