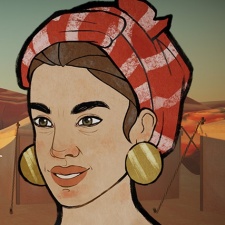 11 games-related developers and businesses have been named in the fourth annual Creative England 50 showcasing some of the UK’s top companies in the creative industries.

The list covers the games, film, TV and digital media sectors. This year’s cohort has been selected for telling diverse and interesting stories and taking creative risks on projects that have “resonating messages”.

The top 50 was picked by a judging panel that included the Creative England team, as well as The Growth Company in Greater Manchester, Cultivate Cornwall, Stoke City Council, NewcastleGateshead Initiative and Tech Nation.

You can see the list of games companies included below

"The people and businesses featured in this year’s CE50 are at the very forefront of creativity,” said Creative England CEO Caroline Norbury.

"Through their work – be it games, film or TV productions, interactive platforms or immersive experiences – they produce the original ideas, the entertaining content and the innovations which make this country truly world-leading in the creative industries.

“According to the Department for Digital, Media, Culture and Sport (DCMS), the UK creative sector contributes £92 billion to the UK economy, yet despite the fact that the creative industries are growing more rapidly than other sectors in 9 out of every 10 locations in the UK, they still struggle to get finance.”