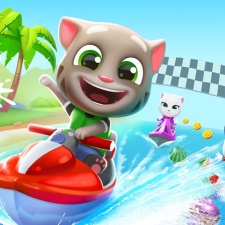 The number of downloads has risen swiftly, with the company crossing the five billion downloads mark nearly 20 months ago in October 2016.

In March meanwhile the firm announced it had hit 7.7 billion downloads.

The latest milestone of eight billion is more than the current world population, which is estimated at at 7.6 billion people.

In 2017 Outfit7 was acquired by a consortium of Chinese investors for $1 billion. It was then quickly sold to original suitor, chemical firm Zhejiang Jinke, for the same fee.