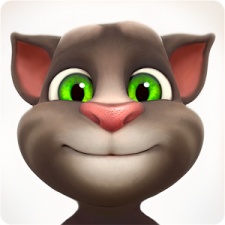 The Talking Tom franchise started seven years ago, and has expanded out of smartphone games into merchandise, animation, and more. The developer's games still see 348 million MAUs to this date.

Outfit7 has also launched the latest entry in the Talking Tom franchise, called Talking Tom Pool. It has reportedly surpassed all of the developer's previous soft-launch records and is already on course to be a success.

Talk of the town

"We are thrilled to reach a record number of seven billion downloads and counting, a number that is incredibly close to the entire world population," said Žiga Vavpotič, Chairman of Outfit7.

"Our success is marked by our growing mobile games portfolio, expanding into new key markets like Russia and India, as well as establishing ourselves as connectors between the West and China."

Outfit7 made headlines back in March 2017 when it was acquired by Chinese chemical firm Jinke for $1 billion. It appeared to have been sold to a consortium of investors, before being sold to Jinke, possibly by the consortium.