It was released on June 12th 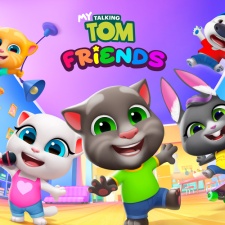 After being launched on June 12th, the game hit 22 million installs – of which 9.5 million were on day one – in six days across both the App Store and Google Play. The virtual pet title was always going to prove popular after it racked up seven million pre-registrations in under a week.

Once My Talking Tom Friends hit iOS and Android devices, it clawed its way to the top of the charts.

"It's amazing to see our downloads growing at such a rapid rate, week by week," said Outfit7 CEO Xinyu Qian.

"Throughout the whole process of creating My Talking Tom Friends, we knew we were building something different and revolutionary in the virtual pet space. And, with such incredible results worldwide to date, it would seem our players agree."

As of June 2018, the Talking Tom mobile franchise has surpassed eight billion downloads.