How many fingers am I holding up, Winston? 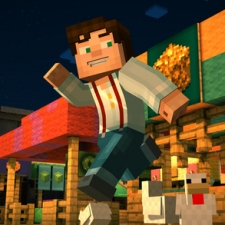 Streaming giant Netflix says it has no plans to get into the video games market.

This follows a story from TechRadar saying that the firm would be adding games to its offering, with the first being a streamable edition of Minecraft: Story mode from Telltale Games.

Netflix has since put out a comment to TechRadar to confirm that Minecraft: Story Mode is coming to it platform and that Telltale is making a Stranger things project. The latter will not be coming to Netflix.

But as far as the firm is concerned, this doesn't constitute getting into gaming (despite having already licensed the Stranger Things IP for a mobile game).