"We think the time is right to learn more about how our members value games." 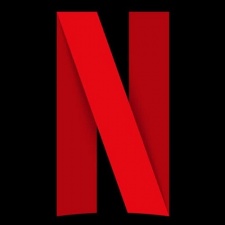 Netflix will expand into the world of gaming by first bringing a number of mobile games to the streaming platform.

After months of speculation and rumours, the decision to move into games was confirmed in a shareholders letter, stating that the first titles set to launch will be designed for mobile devices. This will be the first time Netflix has changed up its offerings in over a decade.

These games will not cost any extra additional fee over what Netflix already charges, although it does potentially give the company more leverage to increase the cost in the future.

Netflix further explained that it would look to build off of its earlier projects, such as Black Mirror: Bandersnatch and its Stranger Things line of games. Early reports suggested it would look to implement a similar system to Apple Arcade.

"We view gaming as another new content category for us, similar to our expansion into original films, animation and unscripted TV," Netflix said in the letter.

"Games will be included in members’ Netflix subscription at no additional cost similar to films and series. Initially, we’ll be primarily focused on games for mobile devices.

"We’re excited as ever about our movies and TV series offering and we expect a long runway of increasing investment and growth across all of our existing content categories, but since we are nearly a decade into our push into original programming, we think the time is right to learn more about how our members value games."

Whether or not these mobile games will be created by Netflix itself or brought over by partnering with developers in the industry is still unclear. PocketGamer.biz has reached out for comment.

The company has shown an increased interest in the sector over the last few years, with a number of game-related shows such as The Witcher and Castlevania. It also has a League of Legends animated series in the works.