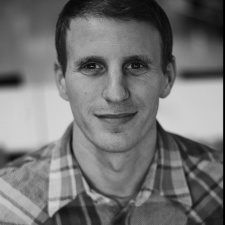 Speaking to PocketGamer.biz, studio CEO Adam Jaffe said the investment would be used for hiring new staff, to optimise its flagship title and increase marketing efforts.

The funding round was led by Taya Ventures and also sees investor Gigi Levy join the company’s advisory board.

The deal brings total funding in Stanga to date to $1 million.

It has also incorporated two subsidiaries, its HQ in Barcelona, Spain and an R&D centre in Israel, enabling it to co-locate its global teams.

“We brought in some talented people and they have helped to improve our processes, which has allowed us to develop faster with less bugs,” said Jaffe.

“All in all I can now say that we are company with a clear objective and group of people working harmoniously towards it.”

Stanga Games now plans to launch a new website called UnderworldFootball.com, as well as a Facebook version of Underworld Football Manager. It also has updates around the user experience and user interface in the pipeline.

“Right now we are focused on making this title a world leader, but we will always keep the option open to begin working on our second title,” said Jaffe.