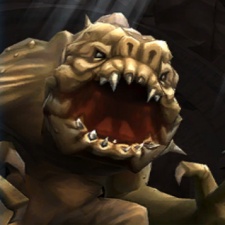 Sensor Tower reports that this puts the mobile tie-in at the forefront of the publisher’s smart devices efforts, bringing in 29 per cent on EA’s total revenue on mobile.

This report marks a year-over-year decline of 14 per cent for Galaxy of Heroes, which grossed roughly $63.6 million worldwide in Q2 2017.

In EA’s FY2018, the Star Wars tie-in is named alongside The Sims Mobile for helping boost mobile bookings to $659m.

An overwhelming majority of 58 per cent of the market share sees the US as Galaxy of Heroes’ most popular region. But revenue in the US dropped 22 per cent year-over-year, down to $31.8m in player spending.

To contrast, Germany - Galaxy of Heroes’ second-largest market at seven per cent - grew 17 per cent year-over-year, bringing in around $3.9m.