Provides support for games on mobile, PC and console platforms 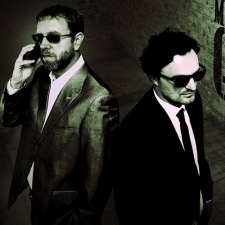 A new services company called The Multiplayer Guys has opened in Nottingham focused on supporting developers with making multiplayer games.

The studio aims to help developers with multiplayer implementation and design. This can include dealing with server/client architecture, working on synchronous or asynchronous multiplayer and rolling out live operations.

It aims to provide its services across mobile, PC and console platforms.

The company has been set up by Super Punk Games CEO and creative director Rik Alexander and Steve Bennett. The team has previously worked on various MMOs and claimed to have helped create the first Xbox Live title.

“We firmly believe that multiplayer games are the best way to provide years of entertainment to the players as they fundamentally hook into an instinctive desire for social belonging and interpersonal exchange,” said The Multiplayer Guys CEO Rik Alexander.

“However, designing, implementing and operating these experiences is complex. Each member of our team has been building multiplayer games for an average of 15 years now, we’ve made the mistakes, know many of the pitfalls and security issues and can help other studios build tailored solutions for their games.”

Co-founder Steve Bennett added: “Many developers will create their own multiplayer teams but this can often become an unnecessary diversion from creating the core game. With The Multiplayer Guys we want to offer a pragmatic outsource option which is predictable and experienced. Our team is flexible and has been proven time and time again.”