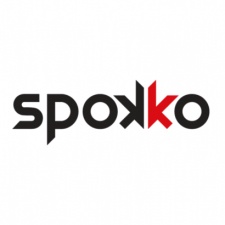 Polish developer Spokko will be creating a mobile title as part of a new home under CD Projekt Red.

The developer has placed a majority investment in Spokko, who will be developing mobile titles backed up with CD Projekt’s wealth of resources and IP access.

There’s currently no information on what Spokko will be creating for the Cyberpunk 2077 and Witcher developer, but it sounds like the small studio pitched CD Projekt with a title that the company couldn’t ignore - a project that may have something to do with one of CDPR’s existing franchises.

“We have known the people behind Spokko for several years,” said CD Projekt president Adam Kiciński in a statement. “They approached us with an interesting idea based on one of our brands – an idea we decided to invest in.

“We want to expand our business with innovative concepts and solutions, and the vision presented to us by the Spokko team represents an entirely novel creative angle.

“The new studio will be largely independent. We intend to provide it with a distinct identity and creative autonomy, in line with the philosophy which has long guided the actions of the CD PROJEKT Group”

Spokko co-founder Maciej Weiss added: “We were elated to hear that CD PROJEKT believes in our idea. Our cooperation with Rafał and other members of the team goes back a long way.

"We have substantial experience with casual game development, but this time around we want to work on a far more advanced and ambitious project, offering new possibilities for gamers. It’s a very exciting challenge”