The PocketGamer.biz team reflect on a week of big business and back-slapping 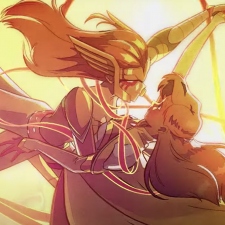 Back when this whole Microsoft, Activision-Blizzard shebang kicked off it was immediately obvious that it was going to be a story that held headlines for ages - if not just because of the record-breaking numbers involved. However, it’s really become a beast of it’s own and the latest development is, frankly, ridiculous. Now - not wanting to miss a chance to get a jab in - the FTC are not just moving to block the deal, but they’re voting whether to sue Microsoft over it.

If it came out that there was a ‘Most Wanted’ style list at FTC HQ that said ‘Microsoft, Apple, Google” and more on it then I doubt anybody would be surprised at all. Similarly, I’d not be surprised if Sony - the biggest voice against the deal, due to Call of Duty - had been leaning on every contact book they had to get their voices heard by this kind of audience. You don’t need to offer money, recognition or even gratitude to an institution that has evolved to think that it’s a kind of Untouchables vs technology monopolies.

But, here’s the thing. The Microsoft, Activision-Blizzard deal isn’t really a matter for a monopoly board. The conversation has been deliberately steered toward Call of Duty by some parties, but this could just as much be about upcoming Warcraft properties (Warcraft and Starcraft under the same roof as Age of Empires? Ooph), existing WoW audiences, or an array of other things… it’s probably not about those either though. Let’s face it. Microsoft want King so they can get back onto mobile, and they’ve even said as much.

In what is very much the 'double edged sword' of the week CD Projekt red gave us all a textbook lesson in damage limitation. What does a company with an unfortunate reputation for annoying its fans do when it wants to close down a game and – yes – annoy its fans some more? Simple. It does exactly what it wants to do behind the scenes while dressing the whole move up as a bonus to fans.

Like delivering a bomb inside a cake. Or promising 'An Evening With Rod Stewart' only to serve up a stand-up set from Pimlico Plumbers' Charlie Mullins. You can tell us that this is a good thing, but this is precisely what nobody wanted.

Cyberpunk 2077 wasn't finished. And they released it. There, we've said it. Now, rather than work on a game to improve it and extend its life for fans, they're binning off the popular Gwent. But this is no conventional binning, no. Instead they're passing the ability to admin and mod the game over to its community of fans allowing them to do the work that CDPR should have been doing. How gracious of them.

And they would have got away with it if it wasn't for that pesky PG.biz… We look forward to the next high profile overly ambitious CDPR game… And our opportunity to program all the missing bits ourselves.

I found this story especially striking because, despite the satirical nature of it, it does look like a genuinely fun casual game. It definitely shows that despite their flair for publicity stunts, Devolver Digital understands what developers they should partner with, Nopopo in particular also displays a crucial comprehension of how to make a casual game fun. It’s flashy, it’s fast-paced and by all accounts it looks as if it’ll be a fully flesh-out game.

It’ll be interesting to see whether or not this game actually includes any genuine monetization. As there’s no denying that even if they made it as prohibitively expensive or ‘ironic’, someone would definitely spend their money on it. The decision to include Devolver’s iconic characters from their catalogue is interesting too, as with the recent revival of interest in retro shooters (well, not too recent now actually), names like Lo Wang and Serious Sam are even more recognisable than they were in the past.

Ultimately, despite the attempt to make this game as satirical as possible, it looks like a genuinely innovative and solid take on the hypercasual match-3 genre. I’m also incredibly excited to have Devolver Digital CEO, Fork Parker pushing notifications on me constantly.

While I was writing about the Game Awards earlier today, something about the Marvel Snap inspired music video for Hero (featuring Martin Garrix, JKVE and a number of Marvel characters) struck a wrong chord with me.

Representation is something I’m always very cognisant and aware of, but there’s a disturbing trend that’s been identified time and time again when it comes to the representation of the queer community, which I’m a proud part of. Namely, some parts of the community are routinely highlighted over others.

In the music video, only one queer couple is featured: Sera and Angela.

As highlighted in this video by YouTuber Boilon, Marvel has routinely emphasised queer women over other groups within the community in its mobile gaming offerings.

Too often in the media, representation of an audience is designed for the consumption of a “core” audience, often straight white men. As such, queer women are sometimes seen as more acceptable due to sex appeal. Interestingly, Sera and Angela aren’t just the only queer pairing featured in the video, but the only ones who kiss.

Despite the growing number of queer characters in the Marvel roster, including important characters within the MCU such as Star-Lord, Loki, and Valkyrie, it’s telling that just one queer couple made the list, especially as several of the characters featured (Black Panther and Storm and Wanda and Vision) are no longer romantically linked. Notably Wanda and Vision have two sons, Speed and Wiccan, both of whom are romantically involved with other men, with Wiccan even getting married to his long-time partner Hulkling, emperor of the Kree Skrull Alliance, in 2020.

The use of Angela and Sera in the video is remarkable. Queer representation of any form in mainstream media is always worth celebrating, and in this case even more noteworthy since, in addition to being a lesbian, Sera is a transgendered character. It’s also commendable that the two share a kiss, while the straight pairings featured don’t. However, the fact remains that Marvel Snap - and Hero itself - can do so much more.

As the ‘AquiBlizz’ saga rumbles inexorably on, there are some interesting tidbits of information leaking out around the edges.This week Activision-Blizzard released their representation data for the year in a move that was difficult to view with anything but a cynical gaze. As Iwan pointed out in the article, the numbers are skewed by the ever-increasing size of the company as a whole, and especially by the absorption of King’s stats - one of a number of famously diverse Scandinavian-based studios. A 61% UEG ratio is pretty stunning, and really pulls up the image of the conglomerate as a whole.

The release of these figures, essentially a proclamation of “aren’t we good” from the rooftops, doesn’t do anything to ameliorate the effect of numerous accusations of sexual harassment and gender-based discrimination levelled against Acti-Blizz over the years, despite what they’re probably hoping. It all just feels like a very hollow offering at this point, a dead mouse that your cat brings in to say sorry for all the birds it killed last week. You have to wonder whether one of the main draws for gobbling up King in the first place was for its good reputation re: company culture and inclusivity…