The Pocketgamer.biz team on big buy outs, fallouts and even bigger apologies 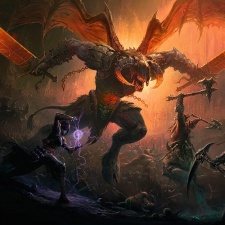 Activision Blizzard’s decision to walk away from a deal with NetEase came, quite frankly, as a surprise. The two companies have had a deal in place for some time, and helped bring some of the world’s most popular and profitable games, mobile or otherwise, to China. As such, you’d expect NetEase to pull out all the stops in order to make a deal possible.

Likewise, Activision Blizzard’s decision to walk away from the table without a solid back-up plan in place doesn’t just mean Chinese consumers lose access to a slate of popular titles, but the company itself loses a significant revenue stream while it searches for a new partner.

Ultimately, we don’t know the original conditions of the deal which the two companies attempted to negotiate. Perhaps Activision Blizzard demanded more than NetEase were willing to pay, or perhaps NetEase demanded a larger cut of the profits. In either case, Blizzard stepped away from the deal… only to try and renegotiate the deal last week, extending the partnership for another six months.

NetEase have refused to renew the deal, for reasons that remain unclear. Perhaps it wasn’t satisfied with a six month extension, taking a “You’ve made your bed, now lie in it” approach? Likewise, it appears that walking away from an existing partnership without firm plans in place has proven, once again, to be a bad move. While Activision Blizzard are in the final stages of negotiation with a new partner, the current deal is currently due to end on January 23, with the affected games being taken off the Chinese market on the 24th. While a last minute Hail Mary is certainly possible, it’s likely that Blizzard would need to make significant concessions, perhaps including a longer extension of the existing deal, to make that possible. The most likely option, at least as I see it, is that the deal will lapse as expected, and Activision Blizzard’s titles will be unavailable for Chinese consumers until a new deal is finalised and the necessary framework is in place.

In a time of financial uncertainty it can feel like everything that used to make sense, just got a little weird. Take for example Google, who – like most of tech – is feeling the pinch to the degree that they just offed 12,000 workers. Yet rather than feel the wrath of the stock market, their share price actually went up. So when you want to impress, you expand and spend and employ more people… Share price goes up… And when the city get’s apprehensive about your future profits?… You let 5% of that new workforce go in ‘economising’ measures. And… Your share price goes up again. It’s a win win.

And so this week we have the ‘troubled’ Playtika (who had their own bout of cost cutting in just a month ago) making ever stronger moves to buy the equally ‘troubled’ Rovio the creators and owners of the hugely popular Angry Birds franchise which… is pretty much the entire company at this point. Company with dwindling future prospects buys company with dwindling future prospects? Does this spend-to-save recession-busting magic work every time? Do two wrongs make a right? So long as the share price goes up, who cares?

I’m sure people are tired of hearing about Blizzard this week, but once again the comparison Mark Cai made between the Overwatch League and this rumoured PUBG Mobile eSports franchise is very, very apt. I’ve often expressed how frustrated I am about the missed potential of Overwatch, from a story and a game perspective. Many have observed that the game balance seems to be eSports first and game second, what with the closed franchise nature of the Overwatch League, this can make this supposed showcase of the world’s best players feel very artificial.

In contrast Tencent, the perpetual gaming boogieman, are opening up at least some slots for qualifying teams judging by the rumour. If that turns out to be true it’d be a dramatically more player-friendly approach to the eSports format than former favourites Blizzard have done. Part of this is probably down to the vast amount of eSports fans and PUBG Mobile players.

Judging by many estimates on player count, PUBG Mobile may by some estimates outclass Overwatch by a significant margin. When it first came out, Overwatch was a bona fide cultural phenomenon and marketed as the new ‘blockbuster’ from Blizzard. PUBG has often been seen as the runner-up meanwhile, as Fortnite overtakes it in battle-royale dominance.

Now however, Overwatch has slowly receded into the background. No longer prominent but part of the background noise of eSports and online shooters. PUBG Mobile could stand to ascend and reach a new peak, something that would allow it to establish dominance on a platform that has a massive reach in South-East Asia. That of mobile.