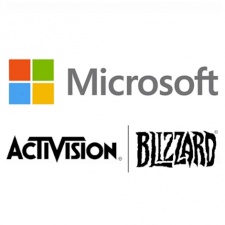 The FTC has moved to block Microsoft’s acquisition of Activision Blizzard, citing concerns that the deal would “thwart competition by denying rivals access to popular gaming content,” reports The Guardian.

First announced back in January, the deal has been approved in several territories, whilst other regions including the EU and the UK, have launched investigations into the acquisition.

A recurring theme in the investigations is the Call of Duty franchise, one of the most popular game series of all time. Traditionally the series has been available across platforms, and regulators worldwide are concerned that this accessibility would be jeopardised. Although Microsoft has promised that it intends to maintain the series' availability on rival platform Playstation, it has so far refused to sign a contract confirming this, with some analysts believing that the prospect of the franchises exclusivity to Xbox consoles could have been a major factor in the acquisition bid.

The FTC panel behind the decision is composed of four people: three democrats (Chair Lina Khan, Rebecca Slaughter, and Alvaro Bedoya) and one republican (Christine Wilson). Despite earlier reports that one of the democratic members has come around in support of the deal, all three voted to press ahead with a lawsuit in an attempt to scupper it, with Wilson as the sole dissenting vote.

“Microsoft has already shown that it can and will withhold content from its gaming rivals,” said FTC bureau of competition director Holly Vedova. “Today we seek to stop Microsoft from gaining control over a leading independent game studio and using it to harm competition in multiple dynamic and fast-growing gaming markets.”

Microsoft isn’t taking the news lying down, and has stated its intent to fight the lawsuit. “While we believed in giving peace a chance, we have complete confidence in our case and welcome the opportunity to present our case in court,”said Microsoft president Brad Smith.

Earlier this year, we listed Activision Blizzard as one of the top 50 mobile game makers of 2022. Should the deal be completed, it would be the most expensive gaming acquisition of all time.