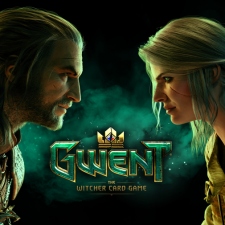 Gwent, the popular Witcher spin-off game, will see the development and addition of new cards cease by the end of 2023. Although the announcement, made in a recent developer roadmap video, does not necessarily mean the full cessation of development, it does indicate that the game is functionally at it’s endpoint. However, the announcement came with the news that in some capacity, the developers of Gwent, CD Projekt Red, will be adding community tools to drive the game onwards.

As developer Vladimir Tortsov said during the video “We want to give you [the] Gwent community, the right tools and the opportunities to drive the balance changes of the game going forward. We’re working on the solution which will allow players to do it directly in the Gwent client, so it’s not some complicated external system. You don’t need to be a developer or have special access.”

The decision to put the game, in some way, into the hands of the community is a telling one. CD Projekt Red has been running damage-control on the shock to the system that was Cyberpunk 2077. Part of that has been making communication, development and their general business practices more transparent. The decision to end Gwent’s continued development was likely to be an unpopular one, or at least leave people unsure of how feasible the long-term health of the game will be.

So ‘Project Gwentfinity’ can be seen as an olive branch to fans. The decision to make it an integrated part of the game client will also allow players of many different skill levels and platforms to directly interact with the tools that this initiative will give them. Modding has been known to support games well-beyond their expected service life, so Gwent can only benefit from allowing players to tinker with its inner workings.

Given that CD Projekt Red had pointed to further mobile development in a recent strategy update, this announcement will be worth keeping an eye on. It’s possible that, given the news of a sequel, the Cyberpunk brand will be tapped for mobile development. Either that or something new on the Witcher front or from their other IP’s.