The Pocketgamer.biz team look forward to the year ahead and ponder player-friendly monetisation 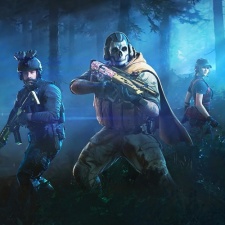 It’s the start of a new year and time to get the crystal ball out once again… And while there’s always an element of sticking your finger in the air and predicting which way the wind will blow (for an entire year), reading our 10 predictions for 2023 is more like hoovering up a ‘to do’ list than swallowing a screenful of conjecture.

No-one could have predicted the almighty ripples that pandemic wave made through 2021 with booms and busts in equal measure and today’s era of ‘normalisation’ still managing to catch many on the hop. By comparison 2023 [crosses fingers] will be far plainer sailing.

The buzz around new trends and opportunities really feel like they’re beginning to stick and – for once – the road ahead seems achievable. And a place I genuinely want to be moving towards.

The increased prioritization of mobile development feels like a no brainer at this moment. Ignoring a mobile element in your multiplatform strategy for 2023 is now officially a sackable offence. The rise of new global markets and talent look sure to ignite something new. And a move away from hypercasual quick bucks to midcore gaming paints a scene becoming less about low-powered quick thrills and more about genuine long lasting entertainment value.

AI looks all set to boost a wave of new games and developers meanwhile new App Store legislation is going to open the doors to all comers and share the love more widely.

These are all just predictions at this early stage of course, but we’re going to stick our neck out and bank on 2023 looking, feeling and playing very differently to 2022. We wish the best of luck to all the makers and players. Let’s make it a good one.

The Microsoft/Activision-Blizzard acquisition - or Acquiblizz as we like to call it - dominated the mobile news cycle last year, and it’s one that’s still ongoing. If anything, things are heating up with the revelation that the FTC was suing to block the deal.

The crux of the issue is how the deal could affect competitors. A specific point of contention is the possibility that Microsoft will make the hugely successful Call of Duty franchise an Xbox exclusive - something which the company has repeatedly denied, despite previous refusals to sign any form of binding contract confirming their intention to maintain the franchise’s availability of Sony consoles.

Although the FTC claim that no substantive talks have taken place, there may be more to the story than it claims - notably, Microsoft indicated its willingness to sign a consent decree confirming its intention to continue publishing Call of Duty games for the PlayStation for at least the next ten years. While this does signify a major step by Microsoft to address the concerns of regulators, and adds credence to its repeated claims that the primary reason for the acquisition is Activision Blizzard’s strength on mobile platforms, it appears that it’s fallen short of the FTC’s expectations.

However, this does result in an uphill battle for the FTC if they hope to successfully block the deal, as it does represent a major concession on Microsoft’s part, despite the FTC’s concerns that these concessions don’t go far enough.

Where will the acquisition go? That remains uncertain. Despite the growing list of countries approving the deal, the fact remains that several others are actively investigating the deal and how it could affect competitors. Just one major market deciding to block the merger could negatively affect its prospects and, while the FTC’s prospects of winning the case have decreased somewhat, it’s still possible that the judge will find in its favour.

I think the view of developer poncle, about the subject of ‘predatory monetisation’ is a very legitimate one. It’s fair to say many monetisation methods are not necessarily player-friendly, in my opinion. In my experience as well, it consistently drives all but the most dedicated players off, hence phenomena such as the gacha ‘whale’ who spend huge amounts, making up for low spend elsewhere.

But at the same time I sympathise with developers and studios who take more aggressive approaches to monetisation. Mobile gaming is a hyper-competitive world, and instant gratification means that anything but free-to-play and often casual games can end up falling by the wayside. Vampire Survivors is likely to be successful, but it already built up a loyal following on PC and console, so it’s unsurprising that the fanbase will follow it to mobile.

Ultimately, it comes down to an issue of the platform. Mobile is a zero-sum game where you are either massively successful or fall by the wayside. More than anything it’s a business and stable employment for many people, where you need to constantly think about making money to keep the lights on.

PC and console meanwhile have the luxury of an audience for whom this is their primary entertainment. They want to sit down and focus, and that means spending on a game is limited but dedicated. Someone may baulk at spending sixty pounds on a gacha game, but happily do so for a console game.

As indie devs and publishers bring their games to mobile, I think it’ll prove and provide an incentive for companies to emulate them. It may be many years before premium mobile games are once more a prominent feature of app stores, but if not, then light-touch monetisation may be the next best thing for self-publishers.