The night saw awards, announcements, and a few surprises along the way 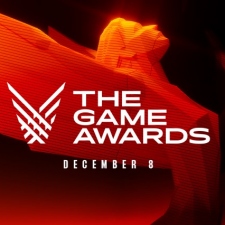 The Game Awards were held on December 8 and although the mobile industry didn’t do well in terms of award recognition, there were some notable announcements in the space.

Xbox and PC title As Dusk Falls took home the prize for Impact in Gaming. The game offers mobile interaction through a dedicated app, allowing players to influence the storyline and decisions made from their phones or tablets. The game was also nominated for the Innovation in Accessibility reward.

Although mobile games failed to receive significant recognition from the awards committee, the biggest night in gaming offered a platform to announce several significant events and new releases.

Marvel Snap kicked off the “Hero” event, which had begun earlier in the day, and unveiled a music video for the song Hero by Martin Garrix and musical artist JVKE, featuring some of Marvel’s best known couples, such as Gambit and Rogue and Black Panther and Storm.

PUBG Mobile also unveiled a new partnership with Grubhub with players being given the chance to earn a Grubhub vehicle skin when ordering at Wendy’s restaurants. After the ceremony, Norwegian singer Aurora performed a virtual concert within the game Sky: Children of the Light, which was viewed by over four thousand people.

Two new mobile games were announced during the event. Alongside the reveal of a mobile port of Vampire Survivors on Android and iOS, Netflix unveiled Valiant Heart: Coming Home, sequel to 2014’s multi-platform title Valiant Hearts: The Great War. Coming Home will be exclusive to mobile devices.

Additionally, developers InnerSloth announced that Among Us is getting a new game mode, Hide n Seek, which is available across all platforms today.

We held our own award ceremony, the Mobile Game Awards, in April this year. Stay tuned for announcements regarding our 2023 event.