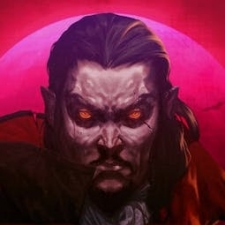 Amongst the many announcements and twists and turns of the Game Awards 2022, one may have gone unnoticed. Vampire Survivors, the popular roguelike bullet-hell game is coming to mobile…now, actually. In a surprise release, the game is now on Google Play and the iOS app store, free to play. The game will not feature micro-transactions or other monetisation elements aside from optional advertisements that can be watched for the benefit of receiving revives and gold to use in-game.

In the announcement, founder of poncle Luca Galante said “People have been requesting a mobile port for Vampire Survivors since the day it launched, so I’m very happy the game has a new home on phones. Now you can capital-S Survive from anywhere – on the morning commute, during an extended toilet break, under the desk during a meeting about productivity at work… anywhere. I’m personally not a fan of microtransactions, so we made the decision not to include them in the mobile port. This is the full game, for free, for real. Enjoy!”

Vampire Survivors gained a huge cult following on Steam and an ‘Overwhelmingly positive’ rating, and was also the inspiration behind the hugely popular Survivor.io. As noted in the announcement, Vampire Survivors audience has been clamouring for a mobile release since the game first launched on Steam. Part of that can be attributed to a mix of hypercasual gameplay and hardcore progression systems that encourage constant play and mastery of the game’s systems. Like any roguelike, part of the inherent appeal is the replayability of the game.

The term ‘hybrid-casual’ has come to mark this sort of mix of the accessibility and mastery of a game. By preventing players from bouncing off to other games and increasing retention rates it ensures that even a relatively simple game can have lasting appeal. Although Survivor.io has seen massive success, mainly by exploiting that niche, it may be facing serious competition from Vampire Survivors now that the game has come to mobile devices.