Apple set to show off new iPhones on September 12th 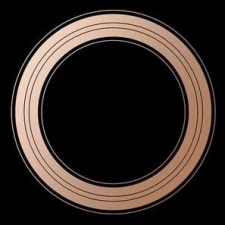 Apple will be flaunting three new iPhone devices in a special event on September 12th at 10am PDT (6pm BST).

One year to the day since 2017’s Apple Special Event that revealed the iPhone X, Apple is holding another event for the range at its Cupertino campus.

The tech giant will reportedly be extending the series to include three devices - allegedly, one will be near-identical to the new updated iPhone X, but with a larger 6.5-inch display.

Apple is also expected to announce a cheaper iPhone with an X-inspired design and 6.1 inch LCD screen. Like past lower-end devices, there’s likely to be a range of colour options for this edition of the iPhone.

Apple is also expected to update the rest of its range of devices, with improvements to the Apple Watch rumoured to be due.

Expect gaming to be a priority for the new iPhone X, after Apple decided to use Vainglory as a showcase of the new device's gaming and multitasking functionality.

Since last year’s event, the iPhone manufacturer has continued to grow, posting a quarterly revenue of $53.3 billion. This year, Apple became the first public company to be valued at over $1 trillion.

Apple’s event will take place at the Steve Jobs Theater in the company’s Cupertino HQ on September 12th.

Rumour: Apple to unveil three new iPhones at its special event keynote including the iPhone X