The Walking Dead: Our World will feature time-limited in-game events during season nine of the AMC series

New challenges will drop every Monday with each new episode 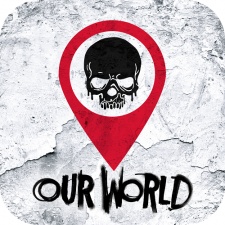 Next Games' The Walking Dead: Our World will feature time-limited in-game events alongside each new episode of the AMC show’s ninth season.

Themed around each episode, the special events will guarantee TV show characters as rewards for completing these scenarios. Rewards can be earned through single-instance missions or longer 'infestations' containing up to five missions.

New missions will drop weekly on Mondays, coinciding with new episodes of the AMC series.

“We are very excited to bring the show and the mobile game together with the exclusive missions in The Walking Dead: Our World,” said Next Games CMO Saara Bergström.

“For the duration of the season, fans can tune in to watch the show, and play all new season nine-themed missions every week. We will let players experience the apocalypse first-hand in their everyday life and familiar surroundings and play to get their favourite show characters on their side.”

To coincide with the collaboration, Next Games has put together a marketing campaign featuring videos with show actors Michael Cudlitz and Josh McDermitt titled “Life after The Walking Dead”.