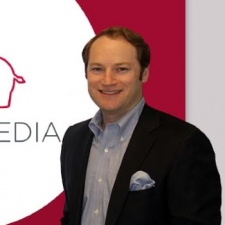 The San Francisco-based developer’s body of work focuses on classic and casual games and includes titles based on Checkers, Hearts, Mahjong and Sudoku.

According to Maple Media, it aims to multiplayer functionality to Banana & Co.’s titles in order to drive increased engagement and adoption.

The Los Angeles-based firm also has further plans to expand in 2019 through additional acquisitions of leading mobile app and games properties.

“The Banana & Co. team has developed a best in class portfolio of evergreen classic and casual games with a passionate and engaged player base,” said Maple Media CEO Michael Ritter.

Banana & Co co-founder Yichel Chan added: “We're pleased that the classic and casual mobile games we’ve developed over the past few years have found a home with Maple Media.

“I’m confident that our games will continue to grow and find new players given the breadth of expertise within Maple’s team.”

Maple Media raised $30 million from private equity firm Shamrock Capital to increase its operations back in 2017.

According to the company, the funds will be used to acquire and manage a number of mobile studios that develop everything from games to productivity apps.

Animoca Brands sells 13 of its casual games to Maple Media for up to $2.9 million