But iPad revenue is up 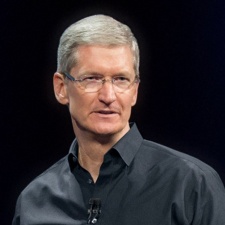 The tech giant’s latest financials show that overall revenue fell five per cent from the same period last year to $84.3 billion. This was also below previous estimates of at least $89 billion, which Apple had warned investors about prior to its announcing its report.

Despite a fall in iPhone sales, Apple said revenue from all other products and services combined grew 19 per cent. Services rose 19 per cent to a record high of $10.9 billion for the quarter. iPad revenue meanwhile grew 17 per cent. International sales accounted for 62 per cent of Apple’s overall revenue.

Apple is reportedly working on launching subscription services for video streaming and games as it looks to beef up its services arm amidst declines in its hardware business.

“While it was disappointing to miss our revenue guidance, we manage Apple for the long term, and this quarter’s results demonstrate that the underlying strength of our business runs deep and wide,” said Cook.

“Our active installed base of devices reached an all-time high of 1.4 billion in the first quarter, growing in each of our geographic segments. That’s a great testament to the satisfaction and loyalty of our customers, and it’s driving our services business to new records thanks to our large and fast-growing ecosystem.”