This War of Mine has raised $500k for charity after selling 4.5 million units

Developer and publisher 11 bit Studios has a new game in the works with $5.2m budget and a further two projects in preliminary development after that 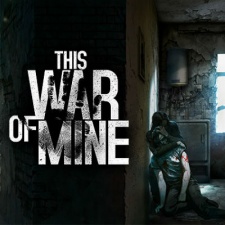 Critically acclaimed indie survival game This War of Mine has been bought 4.5m times across all major platforms since its 2014 launch.

Developer and publisher 11 bit Studios announced the milestone via Twitter (below), saying that it has raised $500,000 for the War Child charity, too, via sales of its DLC.

The Polish studio has provided a bit of detail as to the game's sales, saying that its biggest market is - perhaps unsurprisingly - the United States of America, with its smallest being Christmas Island, where just one unit has been sold.

#ThisWarofMine breaks the barrier of 4.5 million units sold! Starting with a single unit sold on Christmas Island, the game's #community is widely global with players from coast to coast on every continent! #THANKYOU

And here are few more #facts about #TWOM: pic.twitter.com/QnSGJoNgks