The company will offer post-launch support 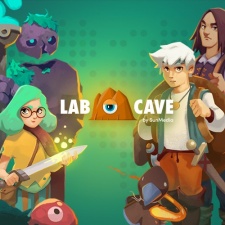 Lab Cave and 11 bit studios have teamed up to work on the iOS version of Moonlighter.

As per the agreement, Lab Cave will support the mobile action RPG with ASO pre and post-launch support. Moonlighter first came to mobile devices on November 19th.

“We were looking for a partner to help us with ASO for the launch of the Moonlighter,” said Maciej Jaczewski, Business Analyst at 11 bit studios.

“Lab Cave not only helped with standard issues like keywords optimization or translation, they have also provided market research and performed A/B tests of icons and screenshots. Their mobile market knowledge and attention to detail made our partnership both effortless and pleasant”.

Lab Cave has experience within the field of mobile games as the company has aided in the launch of more than 700 mobile apps.

This year, the company has formed several partnerships. In November, Lab Cave formed a marketing partnership with Invictus games. Before that, the mobile growth firm teamed up with Zinkia Entertainment to work on Pocoyo titles.

Furthermore, in July, Lab Cave partnered with Sunnyside Studios with the intent to work on games based on the Groovy The Martian IP.