CEO Jesús Martínez will depart the company on August 7th 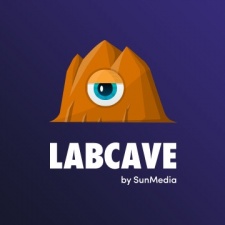 He will take on the position from August 10th, and will assume the responsibilities of CEO Jesús Martínez, who will step down from his position on August 7th. Before becoming the chief exec, Martínez started as a senior producer with the company before moving into the COO role.

Prior to becoming managing director, Bertó served as the company's head of business development. In the role, he helped to secure recent partnerships with Zinkia and Sunnyside Studios for Pocoyo mobile games and Groovy The Martian titles respectively.

"It has been a great privilege for me to work with Jesús. His leadership allowed us to consolidate our position as a company and to expand on the quality and professionalism of our services", said Luis Bertó.

"This year, we definitely took a chance when expanding our services from Agency to our 360 mobile growth model and were victorious. A feat that would have been impossible without Jesús. My goal as Managing Director is to maintain the Lab Cave tradition of listening and understanding the needs of the market so that we may continue innovating and growing our products and services to ultimately become a trend-setter in our industry."