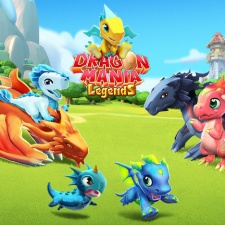 Xbox Live is coming to three mobile titles through a partnership with Gameloft.

Asphalt 9: Legends, Asphalt 8: Airborne and Dragon Mania Legends are all now a part of the once console-exclusive Xbox Live roster. The support brings a number of the network’s features including achievements, friends and leaderboards.

Xbox Live support will be added to the trio of games in the coming year.

It’s the start of Xbox Live’s step into mobile, first suggested earlier this year as Microsoft brought a number of services under the new Game Stack service.

“We are thrilled to be partnering up with Microsoft to bring the Xbox Live network into Gameloft’s flagship games,” said Gameloft COO Baudouin Corman.

“As one of the first partners to support Xbox Live on mobile devices, we seek to provide to our community more ways to experience our games and extend their fun, while seamlessly continuing to bring console, PC and mobile together.”

Microsoft will be in attendance at Pocket Gamer Connects Seattle, which takes place on May 13th to 14th.