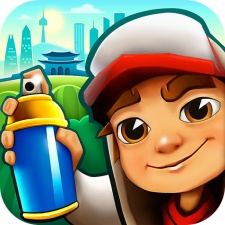 Launched in May 2012, Subway Surfers was installed more than 400 million times that year while keeping a similar pace ever since.

In 2017, the title claimed the accolade of most downloaded game globally as well as placing second for 2018. Shortly after Subway Surfers became the first game to pass one billion downloads on Google Play.

As part of the celebrations, players have until June 5th to receive a free ‘Birthday Board’ within the game.

“It shows that our efforts of keeping the gameplay fun and engaging resonates with the players. In the end, it’s always the players who decide if your game stays around to become an evergreen.”

SYBO CEO Mathias Gredal Nørvig added: "It's been an incredible seven years for Subway Surfers. As we celebrate our anniversary, we cross another massive download mark. Our fan base continues to flourish while remaining wholeheartedly loyal. What a fun ride!"